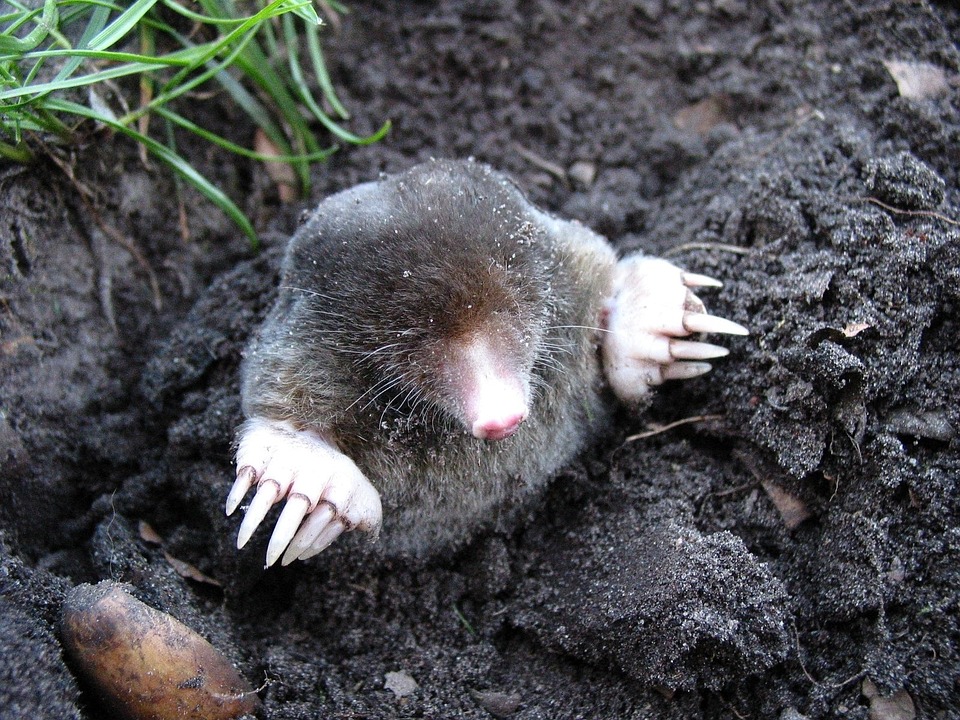 Your yard is starting to look more like a moonscape than the manicured lawn you worked so hard to achieve. Craters and piles of dirt litter the area, connected by mounding tunnels that do not fully hide the underground activity that created them. You have to face the facts: you have moles. If this sounds familiar, continue on for our Tomcat mole trap review to see if this clever device can help eliminate the moles and bring back your beautiful lawn.

What Is the Tomcat Mole Trap?

The Tomcat Mole Trap is an easy-to-set device that fits over mole tunnels. When activated, a set of scissors swing together to crush unsuspecting miles, stopping them in their tracks. There is no bait, and you never have to touch a dead animal. In fact, it works without spilling any blood, so you won’t have a mess that could potentially attract other vermin to your yard.

Heavy-duty construction and excellent customer service from Tomcat make this a solid choice for a mole trap. It uses a high tension spring to release scissor arms that crush the mole as it passes through the trap.

The Tomcat Mole Trap is easy to set and has a bright yellow foot pedal that raises to let you know you’ve caught a mole. There is virtually no chance of injury while setting the trap, since it is placed over the tunnel before you set it. If you have any concern about setting the trigger, simply use your foot or a stick to set it flush with the foot pedal before easing your foot off of it.

The Tomcat Mole Trap can be purchased at hardware and big-box stores as well as through online retailers like Amazon. You should expect to pay around $30 for a complete trap system. Other models we compared in the Tomcat Mole Trap review ranged in price from around $15 to over $60, making it an affordably priced option. 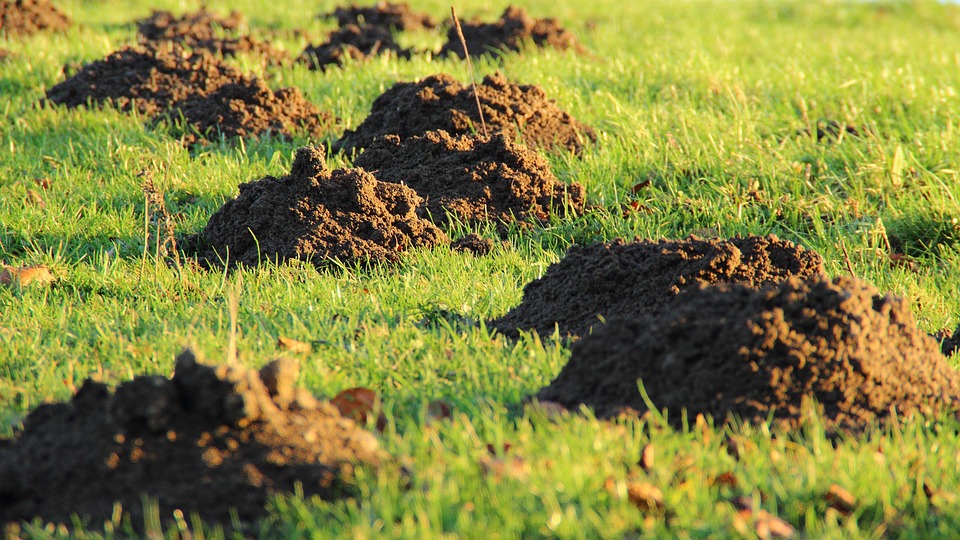 We picked a few similar products available on the market to see how they compare in this Tomcat Mole Trap review. We compared the following traps based on features, ease of use, effectiveness, and value:

We give the Tomcat Mole Trap 4.3 stars for its easy operation and hands-free mole disposal. Perhaps the hardest part about using this trap is locating the active tunnels to make sure it is placed in the best spot possible.

Traps are the best way to eliminate a mole population. Since they nest in small groups, a single trap can effectively control several nests over the course of a couple of weeks. If you have a large infestation, you will need to use several traps to make any headway against the moles.

Because the trap is placed before you set it, it is incredibly safe to use. Anyone with concerns about pets or children trying to pull up a set trap can cover it with a five-gallon bucket once it is set. There is a visible indicator to let you know when it has been tripped and a latch to disengage a set trap before removing it from the ground. Overall, the Tomcat Mole Trap is incredibly safe to use; unless you’re a mole.

This is an economical choice if you are looking for an effective trap to eliminate moles in your yard. It is designed of heavy-duty nylon for extended use over several seasons.

This is perhaps the strongest design among the traps in our Tomcat Mole trap review. Wire Tek has created an all-metal trap that is easy to set and incredibly effective. It features an easy foot pedal design that means you set it once in the ground to seriously reduce the chance for injury. Metal jaws are designed to snap together when a mole trips the trap, crushing it instantly.

This trap is incredibly easy to set up and use. We did take some points off because it can be very difficult to remove dead moles from the trap once it is out of the ground, particularly for people with limited hand strength.

If you set it correctly in an active tunnel, you should have no problem catching and eliminating your problem moles. There is some guesswork involved in determining the best spot for placement.

Because it is set after placing it in the tunnel, this trap is very safe to use and set. However, there is a potential for injury if you have to struggle to remove dead critters.

These are the most expensive traps in our comparison, yet they are still a solid value thanks to their heavy-duty construction and design.

If you are looking for all-metal construction and a simple, tried-and-true design, then the Aspectek Mole Eliminator trap deserves a second look. It is a simple design that uses spring-loaded scissor arms to instantly crush moles and other tunneling pests.

Although actually using this trap is relatively easy, it does require you to dig out a portion of the mole tunnel before setting it. You also have to set the trap before you place it in the tunnel, which can be difficult for people with limited hand strength or coordination. Removing dead moles must be done at a sideways angle or they fall out of the trap.

In short, if you set this up correctly, it will work. You should start finding dead moles in sprung traps within a couple of days. If you don’t, you might need to move it to another, more active tunnel system.

This is an area where we had serious concerns. You must actually set the trap before you place it in the tunnel, meaning you are handling a very taught spring-loaded trap while trying to push it into the ground. Don’t let children or pets play around these traps when they are set to avoid any accidents.

Despite our reservations about safety and ease of use, the Aspectek Mole Eliminator offers a simple and sturdy design that should help you control moles in your yard for many years. They come in sets of two, which helps with population control and reduces the per unit price to an affordable level.

Although not for moles, the Victor Black Box gopher trap is a simple and effective method for eliminating gophers from your yard. Since it can be difficult to tell if your lawn damage is from moles or gophers, you may be trying to get rid of the wrong type of pest. A key difference is that gophers will damage plant and trees while moles eat insects and grubs. For that reason, we have included it in this Tomcat mole trap review.

This product uses a loop-style design to effectively trap gophers as they pass under it. It is relatively easy to set, although setting it up and disposing of the spent gophers can be more difficult than with other traps.

Despite its simple design, this gopher trap is somewhat difficult to use. You need to dig out part of the gopher hole to make sure the trap can fit inside flush with the ground. If it sits off, even a little, suspicious gophers will find another way around.

Once you have it in place, the trap is set like a traditional spring mousetrap. The biggest difference is that you don’t have to worry about snapping your fingers in the process because the loop is under the plastic trap body. There is no need for bait or lures with the Victor Gopher trap. Animals will naturally pass through it as they go through their existing tunnels.

If gophers are your problem, and you go through the necessary steps to set this trap up correctly, it is very effective. We took some points away because there is quite a bit of room for error in the set-up process.

There isn’t very much for you to get hurt on with this gopher trap. It operates easily with a simple spring mechanism. The only problem is that, once set, this trap is difficult to see in the yard. Children or pets could accidentally stumble across it and potentially get hurt or scared. Safety can be improved by covering the set trap with a weighted box or bucket, although we aren’t sure if that will change its effectiveness.

If ridding your yard of gophers is your objective, then this sturdy and economical trap is a great value. It is well made and features a simple design without a lot of moving parts that could break. If, on the other hand, you are trying to trap moles, skip it in favor of something designed specifically for them.

Say goodbye to those destructive little pests that have been tearing up your lawn and garden. The Tomcat Mole Trap will eliminate them quickly and effectively. It is easy and safe to use, and its bright coloring makes it easy to see if you’ve been successful.

After comparing the models in our Tomcat Mole Trap review, we feel this particular trap deserves an overall rating of 4.2 stars. It is a solid choice that should provide multiple seasons of safe, chemical-free pest control.

The Best Mosquito Killer for an Itch-Free Experience