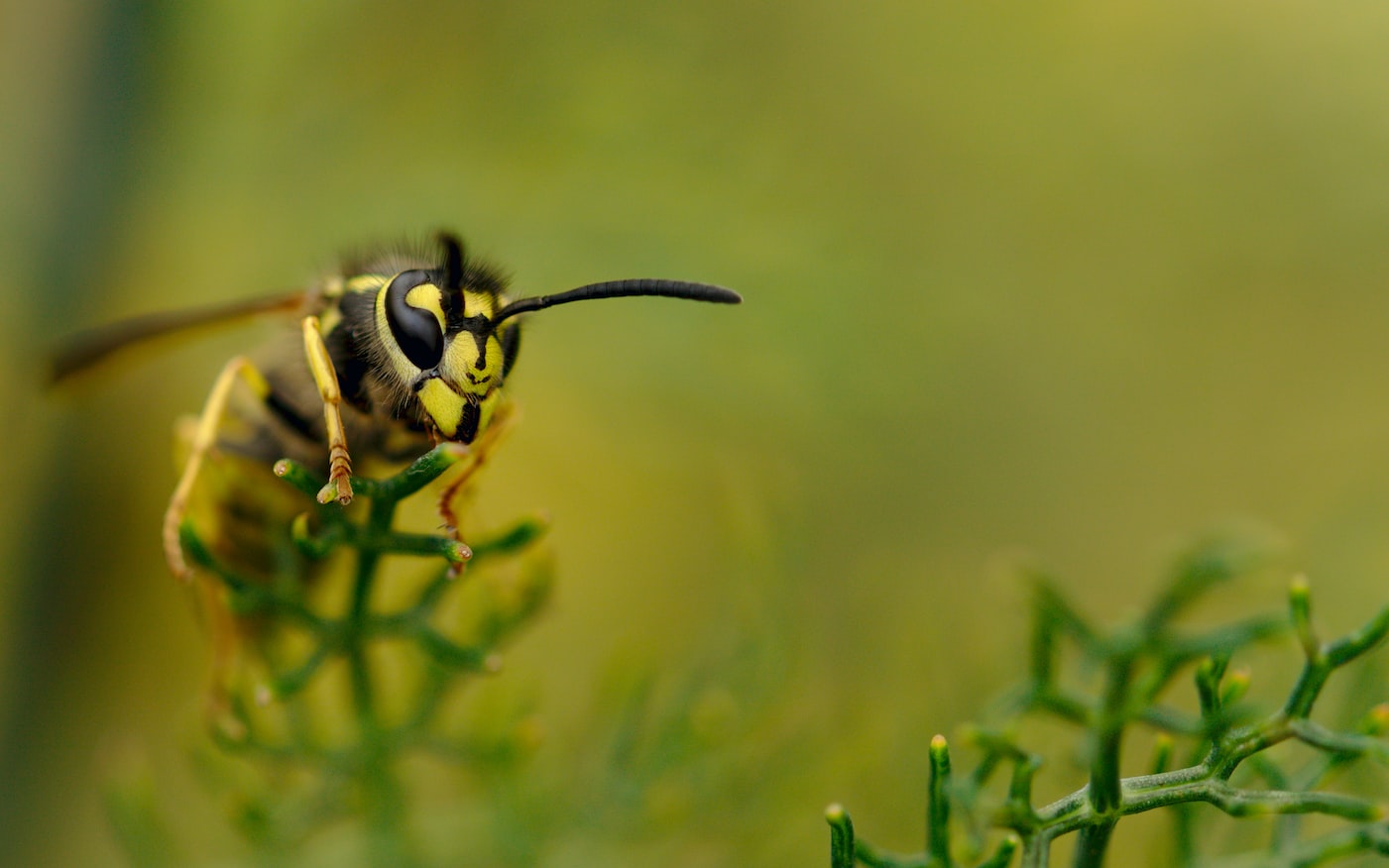 Summer is a time of fun with friends and amazing weather. Insects also like this time of year because of the warm weather and abundance of food. Most of the insects that come out during the summer become a nuisance, and wasps are generally one of these species. They’re a real pain in the summer, but when they disappear, you may wonder where they go in winter and ask the question: do wasps hibernate? 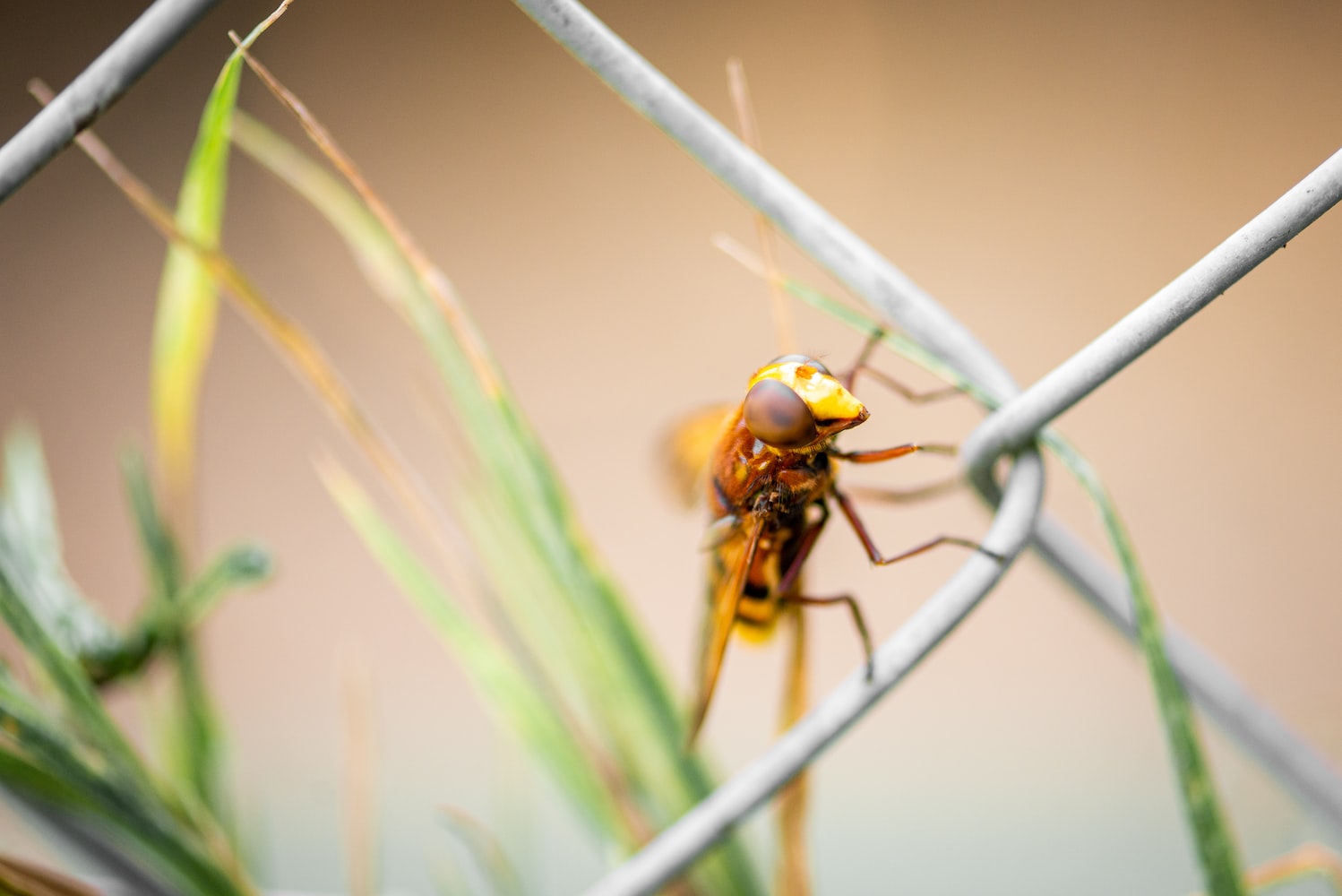 When it comes to winter and wasps, and wondering do wasps hibernate, the answer is yes and no. Most wasps don’t make it through the winter months because they are tasked with ensuring the survival of the queen. Thus, most wasps, unless they are carrying eggs, will either freeze or starve to death over winter.

If the winter is cold enough, the queen will go into a hibernation-like state, especially if there is enough food to sustain her. If the winter is warmer, then she may come out of dormancy. This can be problematic, as it may cause her to starve to death, and then the rest of the colony dies with her.

When you wonder do wasps hibernate, it’s important to know what their cold weather cycle is. During early fall, worker wasps will begin dying. Those females who will become future queens will look for a protected place to stay over the winter.

Before the first hard frost, an internal clock will let them know that it’s time to seek out a safe place. This could be under logs, under your deck, in your siding, inside a chimney, or around door and window frames. If they can find a way to access your home, they may even create a nest in your attic or basement.

When finding the answer to do wasps hibernate, the important thing to know is that queen wasps will begin hibernating around the beginning of September and may continue in this state until the end of April. Since they often find shelter in crevices both inside and outside the home, they may fall prey to spiders at this point. Warm winters also aren’t very good for wasp survivability because the queen will come out of hibernation too early and then starve to death because there is no food to eat.

It’s not uncommon to find wasps in your home over the winter. Once they get inside, they will usually find a hiding place inside the wall or the attic and enter a state of diapause or hibernation. This means that their development is suspended during the coldest months of the year. More than likely, you won’t see them at all until spring.

However, if the winter turns out to be unusually warm, the wasps may become active sooner. They will then look for an escape route from your home so that they can start building a new nest. During this search for a way out, they may make their way into other parts of the home, including those places you occupy.

If You See a Wasp in Your Home

If you happen to see a wasp during this time of year, they should be easy to take care of. Instead of killing them, you might consider opening a window and letting them fly out. Since the wasp in your home in winter is almost certainly a queen, she will head into nature and find a place to start a new colony.

However, if you happen to see more than a few wasps in your home, or you are concerned you may have an infestation, you might consider calling in a professional. They should know exactly where to look to find the nest and take care of it to keep you and your family safe.

What Is a Wasp? 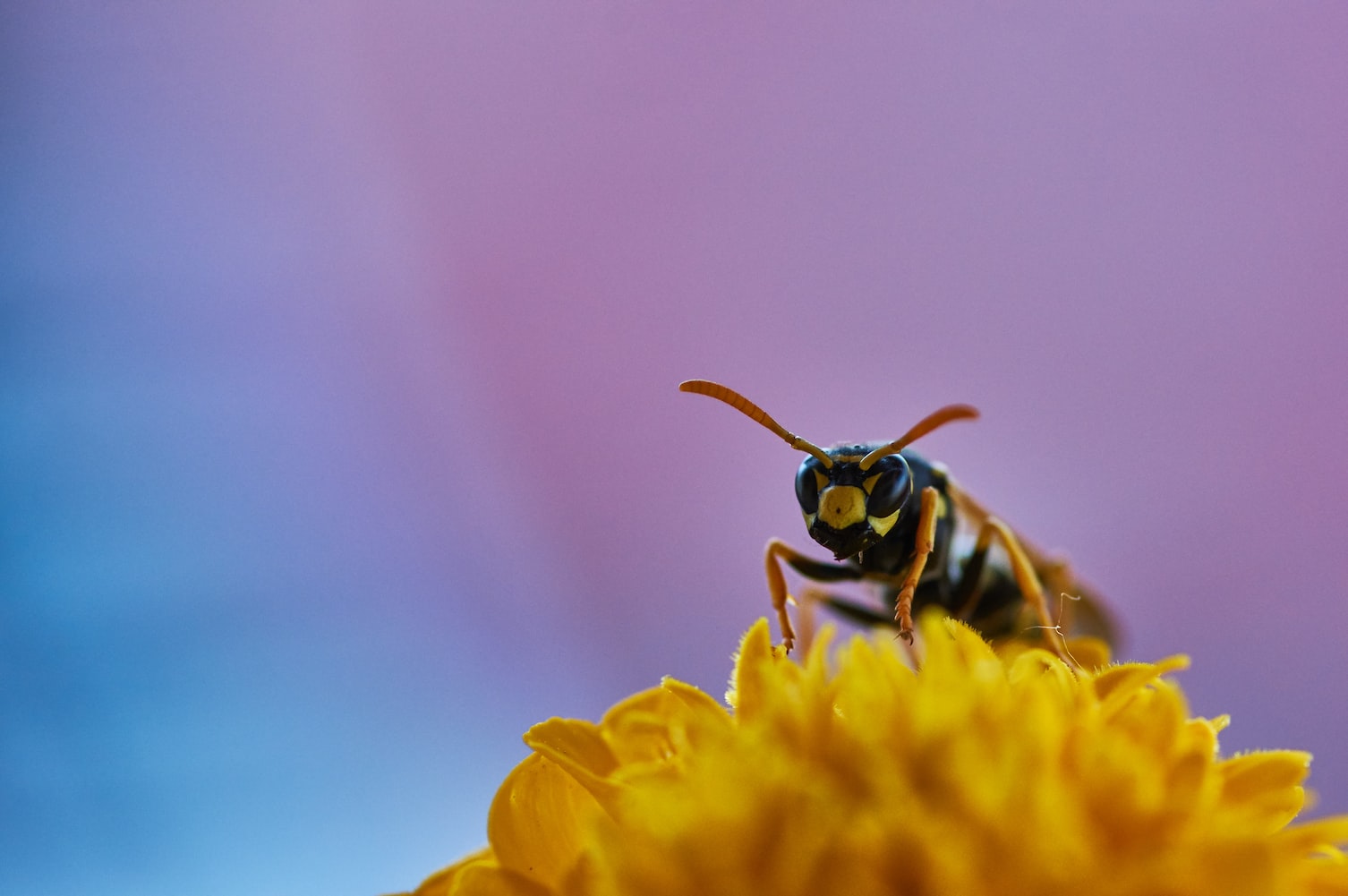 In addition to wondering do wasps hibernate, you might also be curious to know exactly what a wasp is. In some cases, they are mistaken for bees or even ants. There are more than 4,000 wasp species in the U.S., but only a few of them are consideredto be pests. They are predatory creatures that eat other insects.

Wasps are close cousins to bees and often share the same coloring, so it’s easy to see how the two can get confused. However, aside from the coloring, wasps look different and have a different temperament than bees. They build nests, usually close to human structures, where eggs are laid and the young can be taken care of.

Even though there are more than 30,000 species of wasps worldwide, there are usually three that become an issue for people. These include hornets, paper wasps, and yellow jackets. 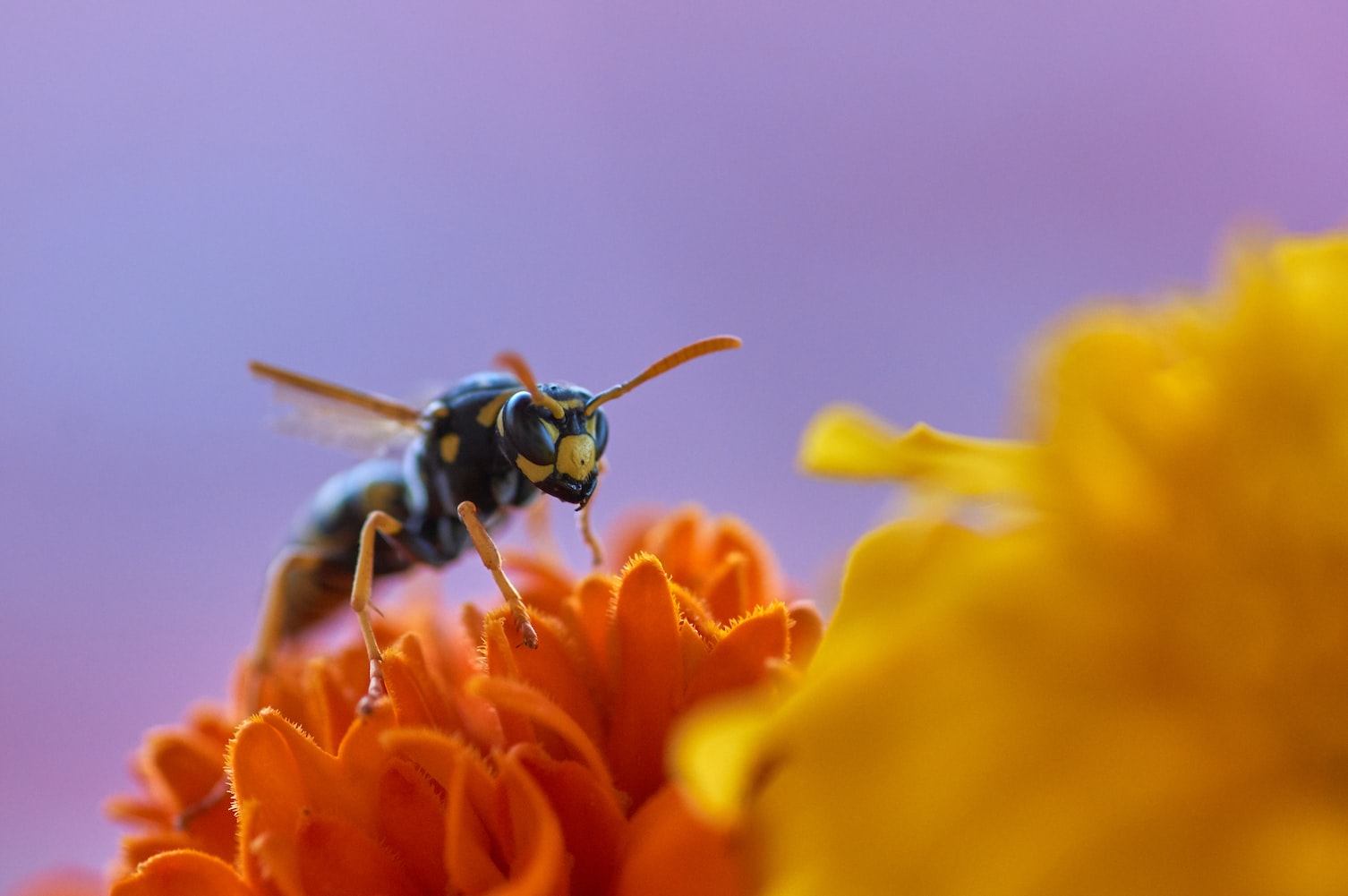 As mentioned, wasps are often mistaken for bees and vice versa, but they are two distinct species. They are both beneficial to the environment in the fact that they are pollinators, and they are often found around people because we all love flowering plants! If you’re wondering if your home or yard are infested with bees or wasps, there are some signs you can look for.

Some of the physical differences between bees and wasps include the size of their waist, if they have body hair, and the size of their colonies. In general, wasps have a thin waistline, especially compared to bees, which can be rotund. Bees also have more body hair than a wasp, and this is usually very visible. Bee colonies can also grow to be much larger than a wasp colony. A wasp colony might hold 10,000 insects, while a bee hive can have more than 50,000 members.

Another difference between these two species is the fact that wasps have a tendency to be aggressive and will defend their territory and nest fiercely. Wasps will also attack in large numbers and swarm. While bees might also do this, they aren’t as vicious and will swarm only if they believe their hive is in danger.

In addition, when bees sting, they will lose their stinger and die. Thus, they only sting if they feel incredibly threatened and to protect the queen. Wasps don’t lose their stingers, so they have no problems attacking and stinging multiple times.

Of course, it should be mentioned that there is an exception to the rule about bees dying after stinging, and this is if you happen to run into a hive of Africanized bees. These are incredibly aggressive and will swarm and chase you for a long distance. They don’t need to feel threatened or be provoked to decide they want to come after you.

Keeping Wasps Out of Your Home 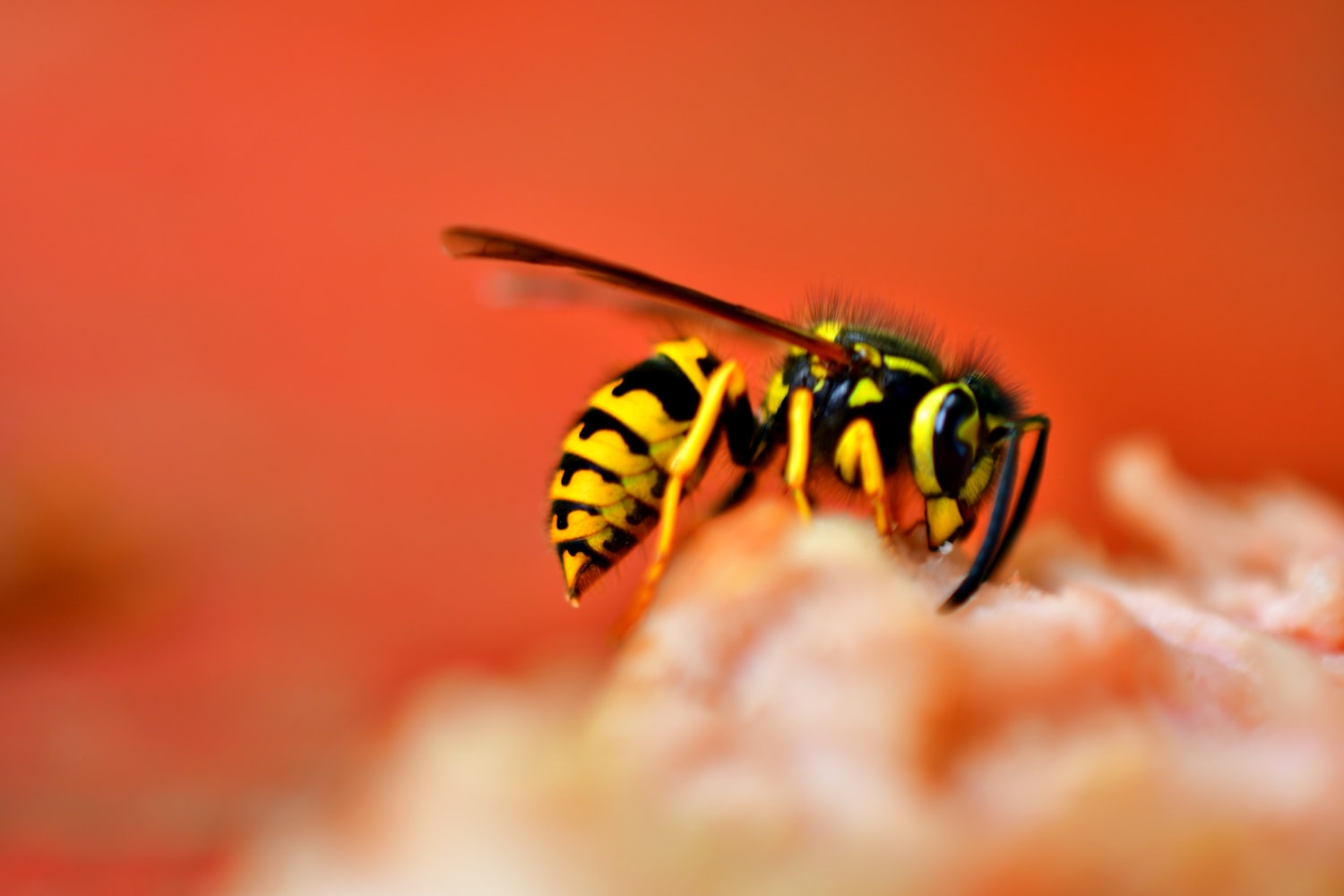 As the weather gets colder and wasps begin looking for a warm place to spend the winter, you want to make sure that they don’t get into your home. While they won’t be troublesome when it’s cold, when the weather warms up, they could become a major problem.

To keep wasps out of your home, you’ll need to cover or fill any openings that exist on the outside of your house. This could include cracks or holes, and you should consider using a silicon-based caulk or steel wool (or both) to plug the openings. This should be done in both attic and foundation spaces.

Keep an Eye on Certain Areas

Since wasps like to make nests in porch ceilings, soffits, rafters, window and door frames, and roof eaves, you’ll need to keep an eye on these areas to make sure they aren’t building a nest. If you see the beginnings of one, taking care of it as soon as possible is important. You have the option of using sprays and insecticides you can find in the store, or you might call in a professional exterminator to help with this issue.

If you find yourself wondering do wasps hibernate, the answer to that question is that the queens do. Most worker wasps die off during the winter, and the survival of the colony depends on the queen being able to find a new place to start a nest once the weather gets warm.