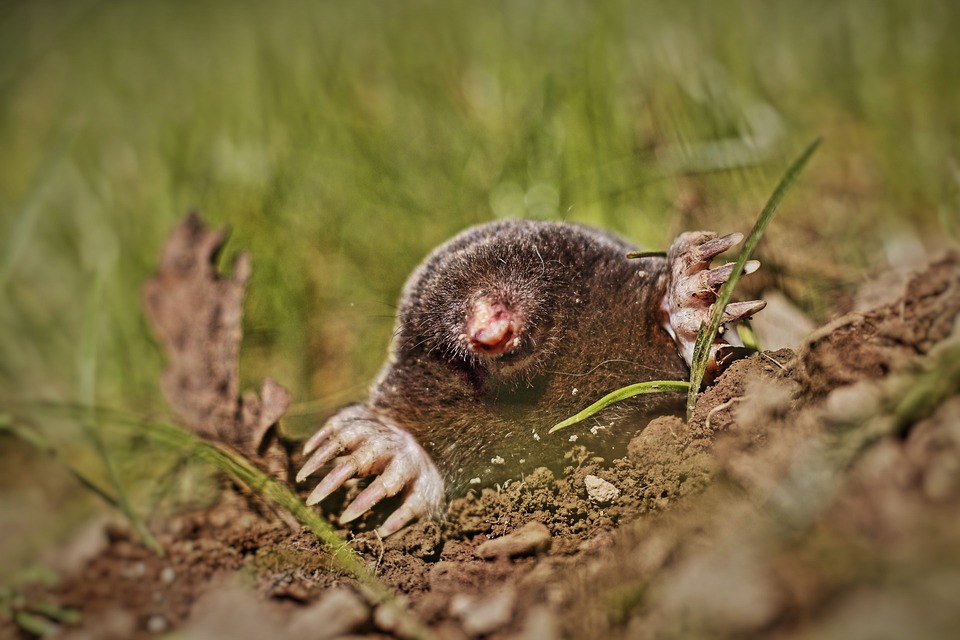 Moles aren’t the most common pest to bedevil homeowners, but they can be among the most frustrating because these burrowing rodents will tear up your yard and then retreat into their tunnels when you try to catch them. Trapping moles and keeping them out of your lawn requires different solutions than your standard rodent traps. The best mole traps use state-of-the-art technology to capture these tricky rodents and ensure all the work you put into your lawn doesn’t get shredded by their claws.

Picking the wrong mole trap can mean more than wasted money – it gives the moles more time to damage your yard and garden. Many products boast of their mole-trapping abilities without delivering. We’ve put together a list of the ten best mole traps on the market today to help you make your choice. Read on to find the ten best mole traps that will keep these persistent pests from damaging your garden and make it easy to keep them from making a getaway.

What Materials Are the Best Mole Traps Made From?

The best mole traps are made from hardy metal that will be impossible for any mole to chew their way out of.

Do the Best Mole Traps Kill Moles or Are They Catch-and-Release?

Both types are available, either instantly killing moles with a strong snapping motion or leaving them alive to be released in a safe location.

Are the Best Mole Traps Easy to Set Up?

Yes, most of the best mole traps on this list come pre-built and can be set up on the lawn in minutes once baited.

What Baits Are Recommended for the Best Mole Traps?

Moles are fond of live insects, so worms or crickets from a local bait or pet store will be effective at luring them into a trap. However, many of the traps on this list booby-trap the mole’s tunnels and don’t require bait.

Where Can I Buy the Best Mole Traps?

The following list of the ten best mole traps are available on Amazon or at major houseware retailers like Home Depot or Lowes. You will also find a selection at all-purpose retailers like Target and Walmart, or anywhere gardening supplies are sold. 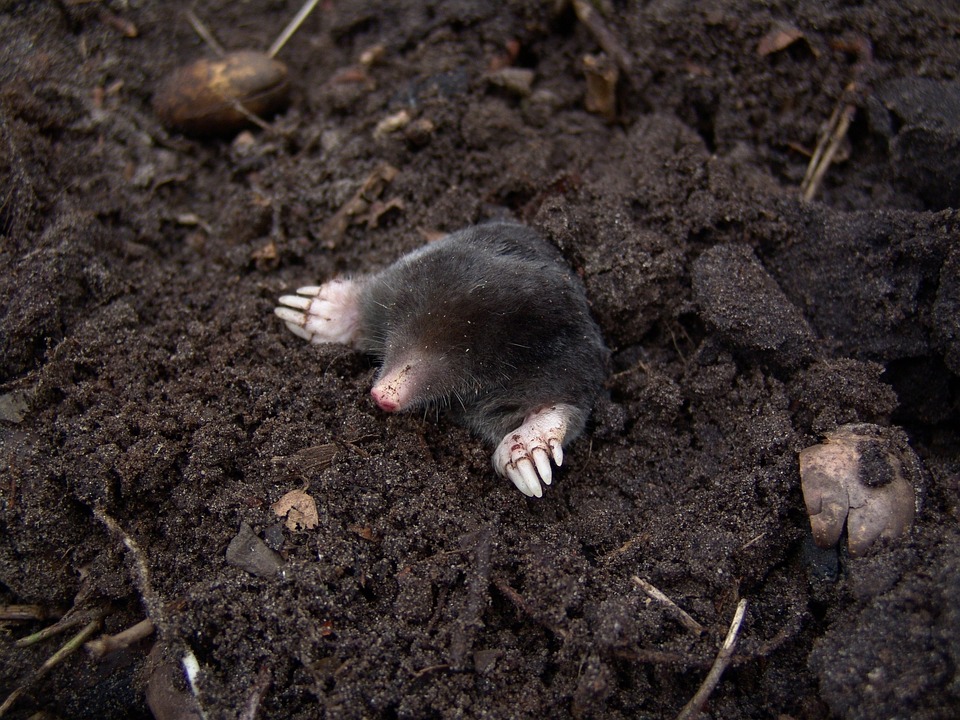 The following list of the ten best mole traps ranges in price from $16 to $66, with the more expensive models being specially designed mole-killer traps and the lower-cost models being all-purpose animal traps.

If you want a trap guaranteed to kill every mole that triggers it, this model from Wire Tek is one of the most effective and easiest to set up – but expect to pay for the convenience, as it’s the most expensive item on the list. Nicknamed the “scissor trap”, its distinctive pincers look like the blades of scissors and snap shut with enough force to kill any mole that triggers them. To set them up, just find an active mole tunnel and push the trap into the dirt with gloved hands to avoid leaving your scent on the trap.

You step on the trap’s top level to set the trigger, and when a mole burrows into the soil they’ll trigger the trap and be killed instantly. It’s made from durable galvanized metal and doesn’t require bait, but it’s not effective in sandy or dense soil.

This is another quality “scissor trap” designed to snap shut on the mole when they burrow into the booby-trapped soil, and it’s a much cheaper option than the high-end Wire Tek option above. It’s effective for killing moles, voles, gophers, and other troublesome rodents, and it’s built with durable galvanized steel that can withstand any claws or teeth. It doesn’t need bait – it’s placed at the edge of the tunnel with the jaws facing down, and the creatures trigger the powerful jaws when they disturb the nearby soil.

It uses a step-on lever that eliminates the need to use your hands to set it, making it one of the safest options on the list for use around children and pets. It’s an organic choice popular on farms that avoid the use of chemicals.

A thinner but no less effective mole trap that uses technology similar to the famous mouse traps by Victor, this mole trap uses flexible iron jaws and a sturdy metal construction to crush moles when they trigger it. It’s one of the oldest traps on this list, boasting years of proven results and killing moles without the use of costly and toxic chemicals.

When Moles disturb the dirt around the sensitive snapping iron jaws, the jaws snap shut and crush them. Water-resistant and rust-resistant, this trap is easy to set thanks to the intuitive setting levers and useful on any soil type.

Victor is famous for old-fashioned solutions to pest problems, killing rodents with traditional technology and brute force rather than expensive and toxic chemicals or scented adhesives. This hardy but compact mole trap uses metal spears triggered by pressure in the soil to stab moles, killing them instantly and holding the bodies in place for disposal. When you identify an active mole tunnel in your lawn, you push the trap down until you hit bottom and make sure the firing latch is located properly.

After pulling the upward handle until the firing latch snaps into place, make sure it’s latched and wait twenty-four hours before checking for a dead mole. A safety clip presents false starts, and this mid-priced mole trap is made with water-and-rust resistant metals.

If you don’t want the moles in your yard dead but want to remove them to another location or surrender them to animal control, this tube trap from Relaxdays will capture the moles while leaving them unharmed. It uses a similar technology to the kill traps because it’s positioned over the tunnel, but it lures the mole into a trap and then closes behind it, leaving the mole trapped in a small space. It’s one of the easiest traps to set up and can be left for several days to trap moles before being emptied.

Some moles may smell human hands on this trap and avoid it, so wear gloves when setting the trap. It should be checked regularly to make sure the moles aren’t piling dirt inside and preventing proper closure.

This British-designed stainless steel trap stands out from its competitors with a unique feature for kill traps – it can kill two moles in one go, with both ends of the barrel trap working as an independent trap. This burrow trap has been used for decades and is considered the gold standard in booby-trapping mole tunnels thanks to its small size and easy setup. They mimic the shape of a mole burrow and can be slipped into an active tunnel and then covered with soil to make them less obvious.

They work in both shallow and deep tunnels and are suitable for all soil types, and the highly durable build can withstand the teeth and claws of burrowing rodents. The only equipment you’ll need for setting this trap is a small shovel, and the spring-loaded killing motion is one of the strongest on the market.

One of the simplest and most famous mole traps available, this classic scissor-style trap is easy to set and has a hair-trigger, so moles disturbing the dirt around the trap will get an unpleasant and fatal surprise. Find a mole tunnel and use a small shovel to open the exit wide enough for this trap before squeezing the handles and setting the trigger plate to go off when disturbed by a mole. After burying the trap, to avoid any accidental triggerings from the outside, wait for your annoying mole to stumble on the trap and trigger its fast-snapping action.

It’s one of the most sensitive traps on the market, but a drawback is that it can be disturbed by any small rocks that get into its mechanism while buried.

The Talpex mole trap is a British-made mole trap that has one of the smallest builds but is no less effective at killing those troublesome rodents with its powerful snapping action. Designed like a scissor trap, it has two powerful stainless-steel claws that kill the mole instantly, but they use a different trigger system for extra precision. While most mole traps are triggered by a mole disturbing the soil around the traps, the Talpex trap is triggered when the mole exposes the trap and tries to burrow through it, reducing false triggers.

To set this trap, dig a small hole around the opening of a mole tunnel and push the trap open before setting it in the hole. Make sure all stones have been removed from the area before setting it.

A simple, easy-to-use plastic trap best used for catch and release, this is an all-purpose trap that can catch any mid-sized rodents that wander into your yard, and it works with traditional bait. Peanut butter is frequently used for squirrels and gophers, but this trap can also be baited with live insects if you want to draw out moles. Set it in an isolated corner of the yard and check it every day for trapped rodents, and the rodents can be dropped off somewhere more suitable than your garden.

This is a simple no-frills trap, but it gets high marks for its rugged plastic build and its low cost.

A large and durable metal trap for capturing live animals, this trap’s solid doors lead to a large chamber that can trap creatures as large as a racoon, but the holes are small enough to keep moles safely penned in. The one-way door is a classic design, allowing the animal to sneak in to get the bait but leaving them trapped until you release them elsewhere. This is an old-fashioned trap ideal for those who want to remove a variety of pests from their lawn but don’t want to kill them.

All ten of the mole traps on this list impressed us with their durable construction and easy-to-set design. The three humane traps on the list were effective at keeping moles trapped until release, but most people are looking for a trap to eliminate moles. We found one trap provided the power of the top-priced models at less than a third of the cost, so we give our endorsement to the Aspectek PROFESSIONAL Mole and Gopher Trap as the best mole trap on the market today.