A lot of people probably don't even notice, but why do ants smell when you crush them with your finger? Those dark brown or black ants that you typically see in your house are called “odorous house ants,” “stink ants,” or “coconut ants” for a reason: they release a foul odor that you can only smell when you take a whiff of your finger.

Quick Navigation
Why Do Ants Smell?
Odor Recognition in Ants
The Process
What Are Odorous House Ants?
Sense of Hierarchy
The Scent That Leads to Paradise
Hardy and Good at It
Identifying the Smell of Odorous House Ants
Pinpointing the Source: Methyl Ketones
A Unique Smell for Every Species
How to Get Rid of Odorous House Ants
Should I Worry About the Stench of a Thousand (or More) Dead Ants?
Conclusion

Why Do Ants Smell? 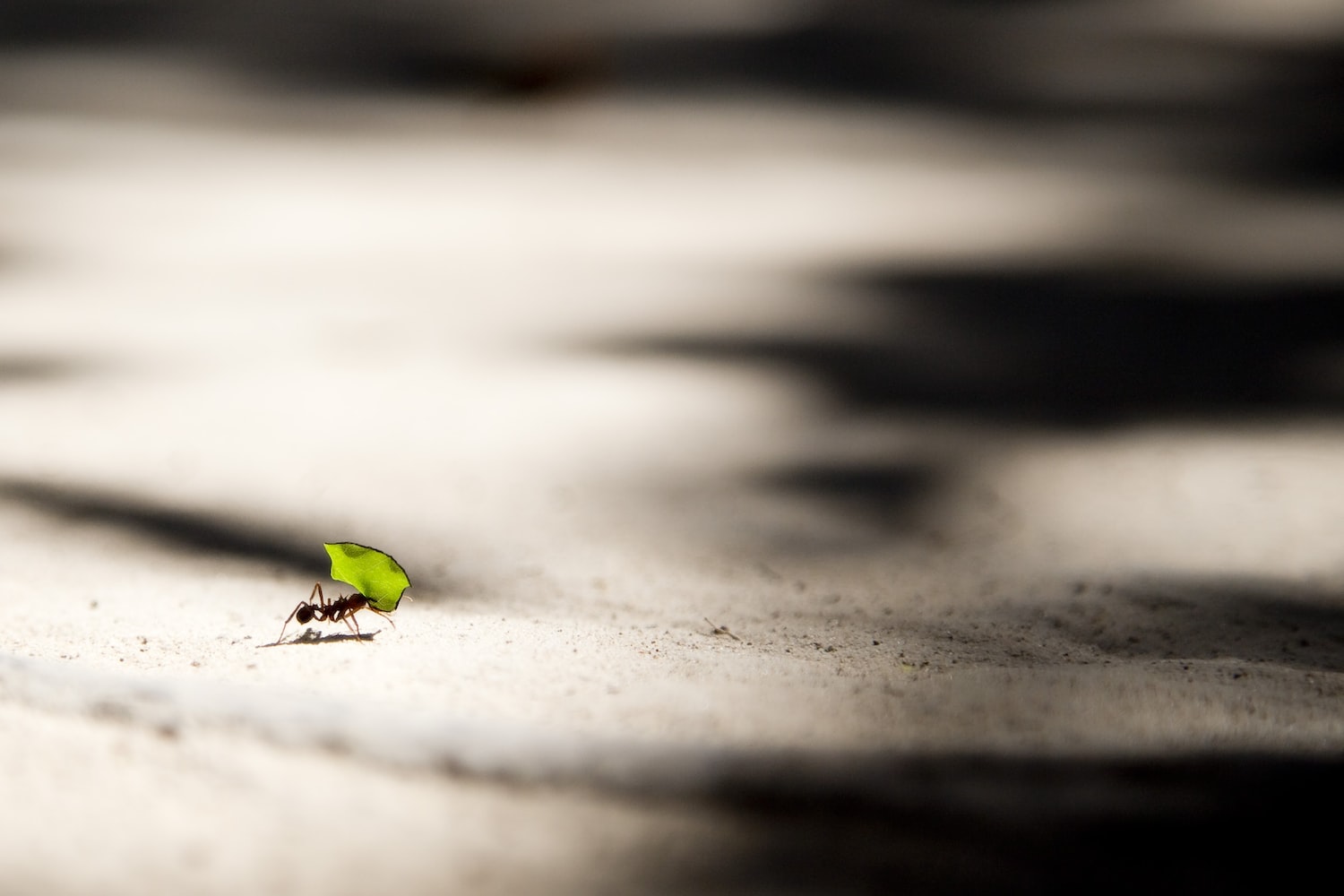 Each ant species has a distinctive smell, so entomologists are able to identify each species even without the use of a microscope. But why do ants smell? It's because they are also good at smelling! Ants communicate by using pheromones and chemical signals so it's not surprising for them to possess such a stinky characteristic.

In fact, ants have a more developed sense of smell and are able to utilize chemical signals better compared to other insects. This perceptive sense of smell allows them to perform several functions: recognizing colony mates, assembling members of the colony to fight off invaders, locating their nest, finding a food source, etc. 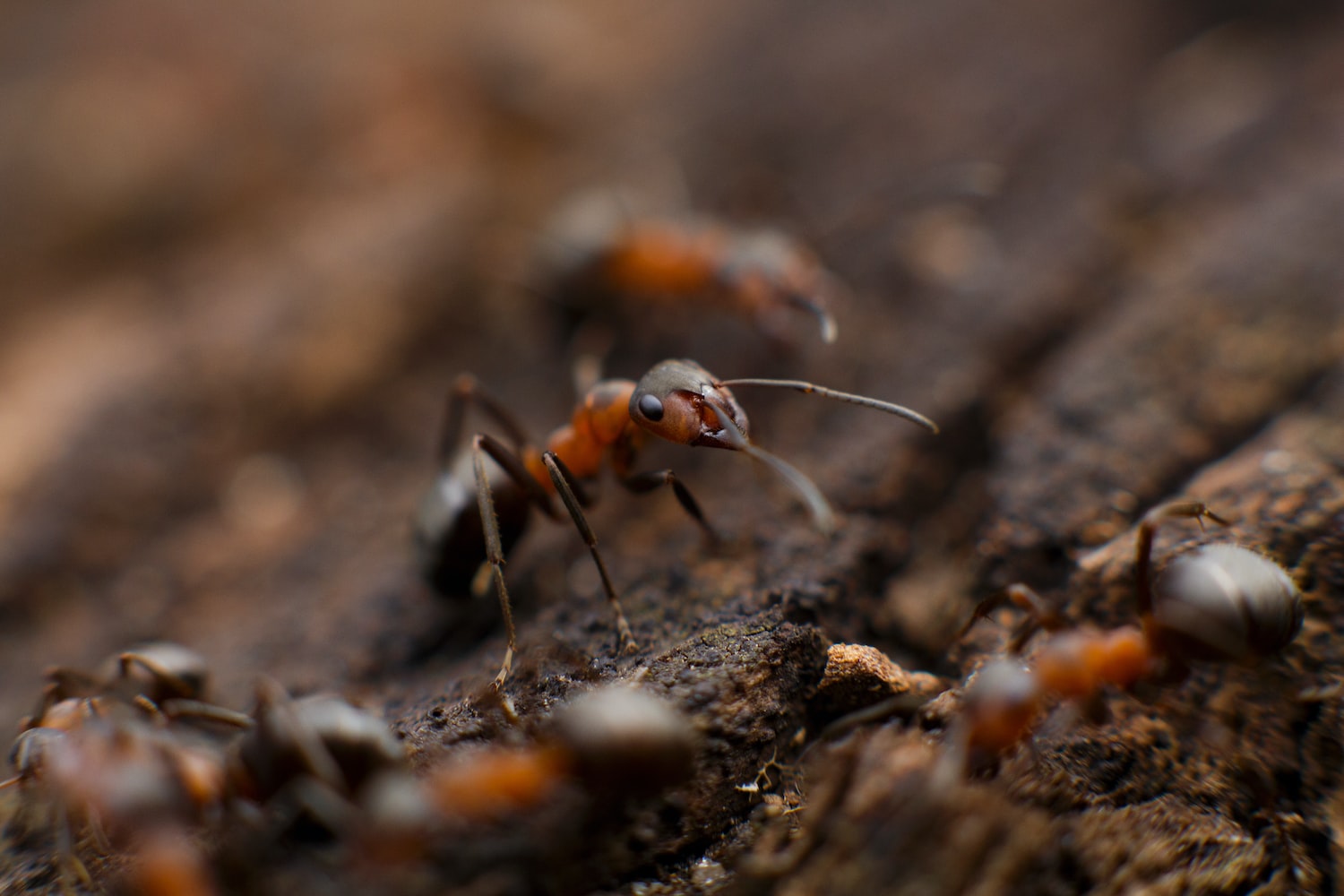 A study conducted by Vanderbilt University researchers led to the discovery of several types of olfactory sense organs among insects. These organs related to the sense of smell are able to collect pheromone signals.

In the case of ants, most of the smell-gathering organs can be found in the antennae with some located in mouthparts as well as the ant's genitalia.

When an ant smells a chemical signal, pheromone molecules are picked by sensilla (or small hairs) on the ant's antennae. These hairs contain special cells that produce odor-binding proteins. The proteins are produced as a response to the pheromone that was sensed by the ant. These proteins then enter the nervous system by going through a pore on the sensilla.

Through electrical energy nerve impulses, odor molecules cause a reaction in the nervous system. These impulses travel to the brain, stimulating the ant's behavior and making it act — whether to pursue a mate, to find food, or to locate its home nest. Chemical signals serve as cues for ants to act or behave as needed.

So why do ants smell? It's because they rely on their sense of smell to live, survive, and pretty much do everything else! The fascinating thing is that an ant's brain only has a volume of about a one-thousandth of a cubic millimeter yet it contains between 20,000 to 100,000 nerve cells!

What Are Odorous House Ants? 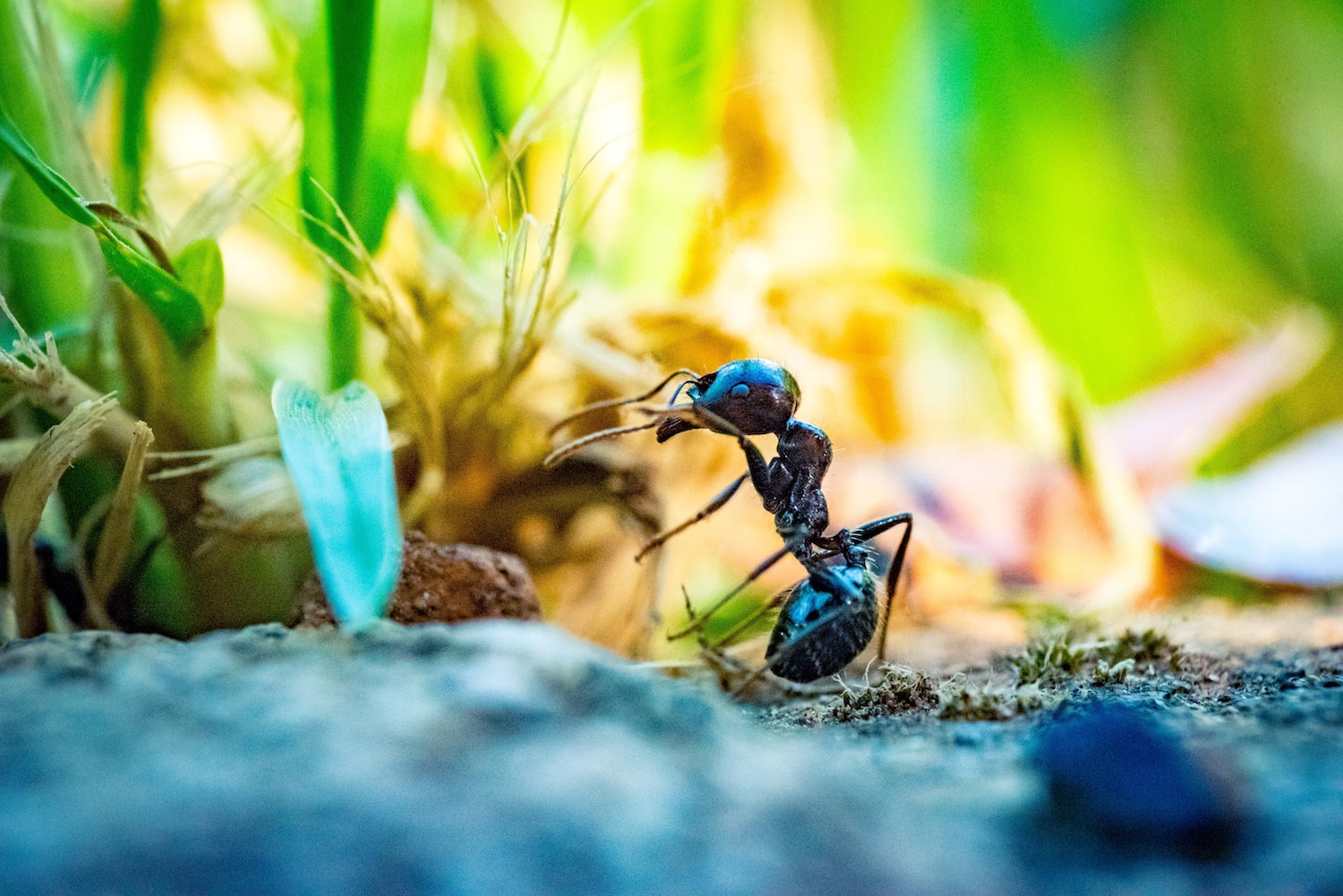 Odorous house ants (scientific name: Tapinoma sessile) are tiny, dark brown or black ants that typically measure about one-eighth of an inch. This species can be found almost anywhere in the United States.

Odorous house ant colonies have a hierarchical system. The queen is in charge of producing offspring, while scouts take care of the eggs, sustain the queen with food, and forage for food outside the nest.

The Scent That Leads To Paradise

After finding a food source, the scouts leave a scent trail so that worker ants will be able to find their way to it. That long line of crawling ants in your kitchen is actually following the scent trail left behind by scout ants. Fascinating as this may be, it can pose a problem when your home becomes infested with ants.

Hardy And Good At It

Odorous house ants are hardy. They are not easy to kill nor to get rid of. They are also particularly fond of sugary food and dairy products but will not pass up on any opportunity to scavenge for any kind of food. These ants are usually active during the warmer months of spring and summer.

These house ants typically build their nests in wall voids, crevices, around hot-water pipes or heaters, sinks, etc. They can also be found in exposed soil or under a brick, a wooden board, a stone walk, piles of wood, and other ideal places where they can nest. 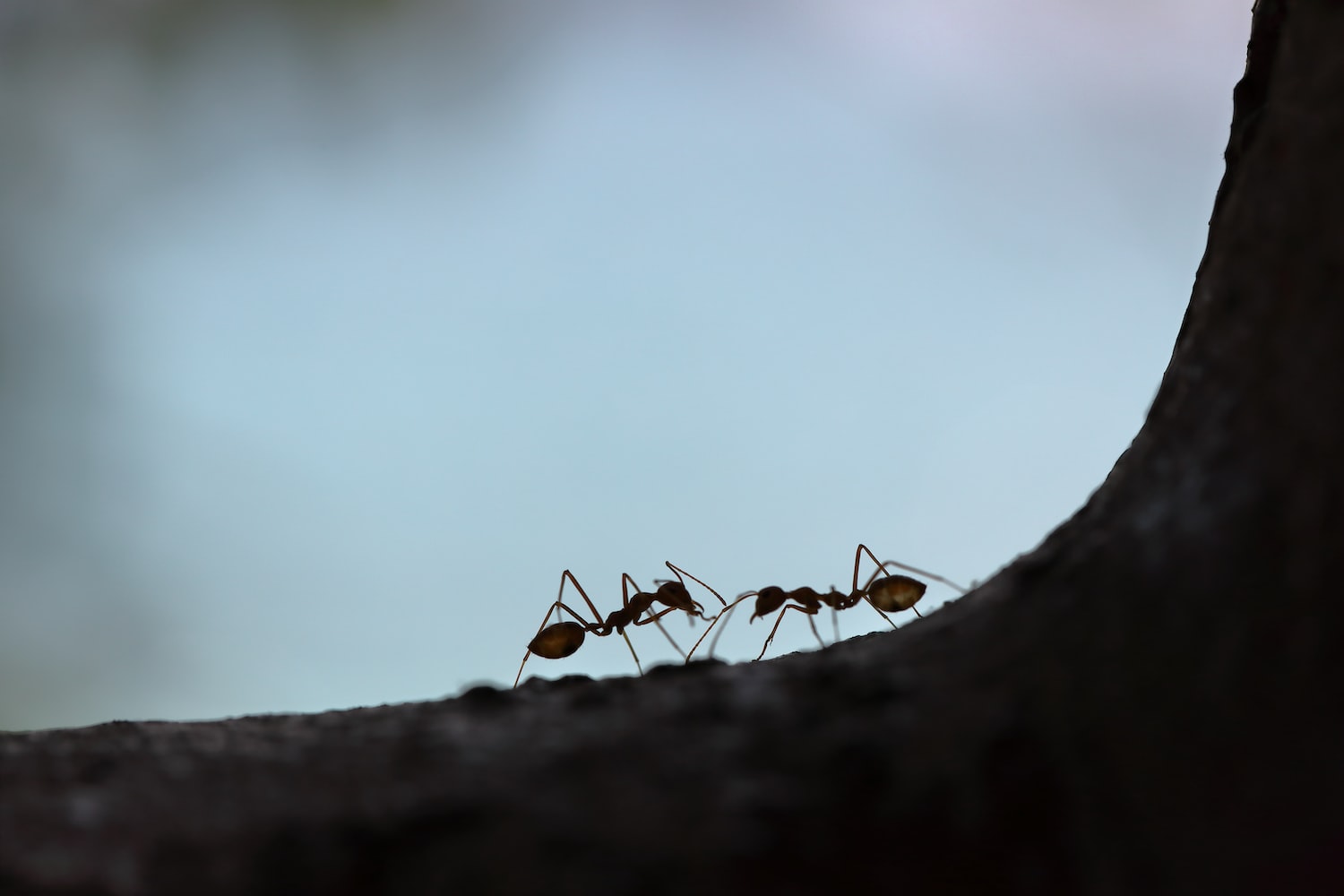 Research and experiments conducted by entomologists Clint A. Penick and Adrian A. Smith revealed that the smell emitted by odorous house ants can vary from person to person. Some people described the smell as being similar to that of rotten coconuts while others likened the odor to blue cheese, rancid butter and even urine!

Because people describe the smell of odorous house ants differently, Penick and Smith decided to analyze the compounds involved in emitting the scent. By placing a special fiber for micro-extractions in a container filled with live worker ants, Penick and Smith were able to absorb their scent. They did the same with a container filled with blue cheese and another one with coconuts.

The fibers were then analyzed using gas chromatography-mass spectrometry to identify the substances. The duo discovered that a major component of the odorous house ants' scent can also found in blue cheese smell — the odor was brought about by methyl ketones. However, no methyl ketones were found from the scent of fresh coconut or coconut oil.

Curious about the absence of methyl ketones, Penick and Smith decided to bury a coconut in the yard for three days. True enough, the rotten coconut started releasing the same smell. However, it was the presence of blue-green penicillin mold that brought about the pungent aroma.

Why do ants smell similar to blue cheese and rotten coconuts? Penick and Smith's resounding response would be “methyl ketones.”

A Unique Smell For Every Species

As you already know, not all ants smell the same. While odorous house ants give off the aroma of methyl ketones, carpenter ants release formic acid and smell like vinegar. On the other hand, citronella ants give off a lemony scent when crushed.

How To Get Rid Of Odorous House Ants 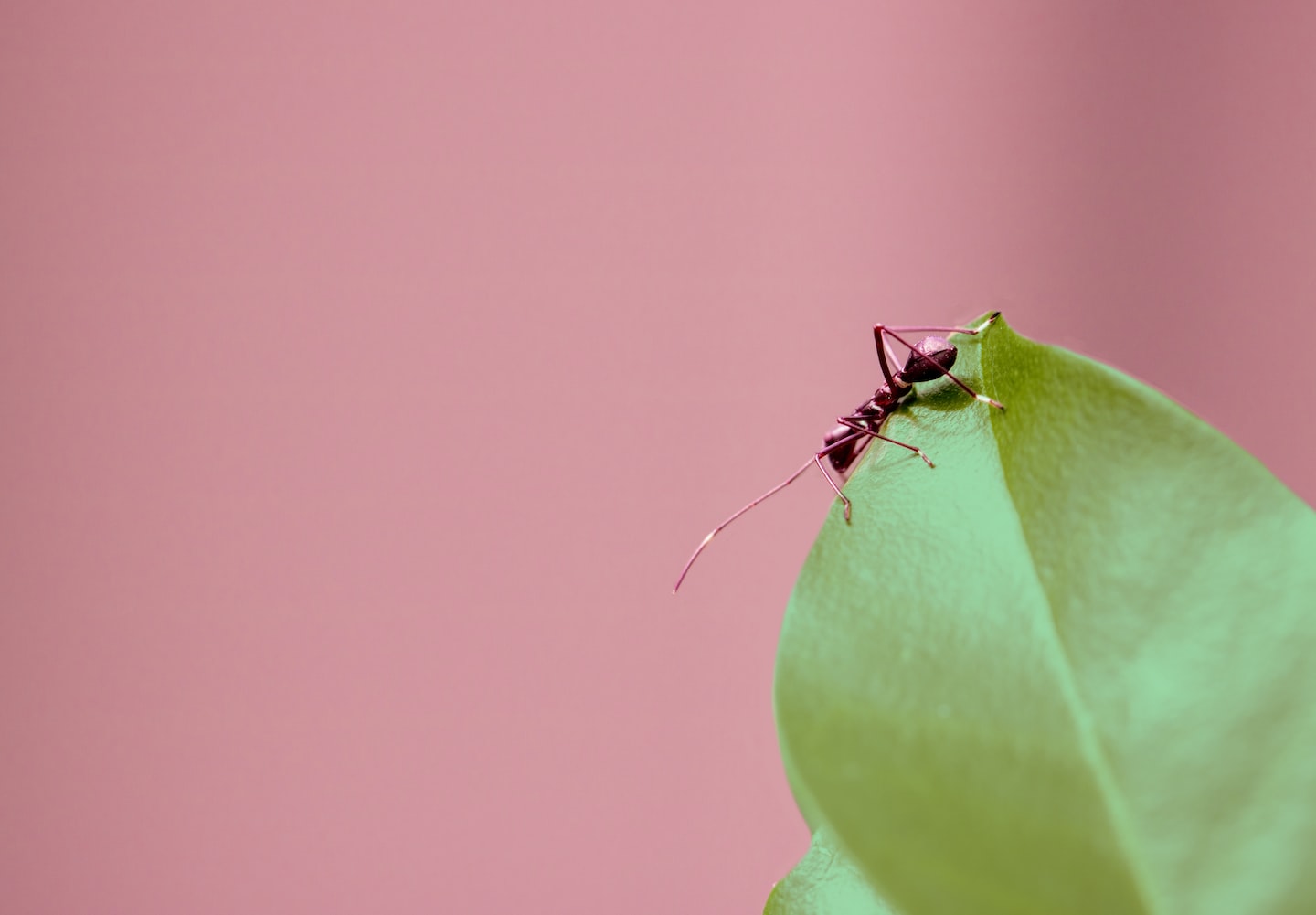 A considerable population of odorous house ants invading your kitchen and your home can quickly become a nuisance. Here are some ways to get rid of them (hopefully, for good!)

Should I Worry About The
Stench Of A Thousand (Or More) Dead Ants? 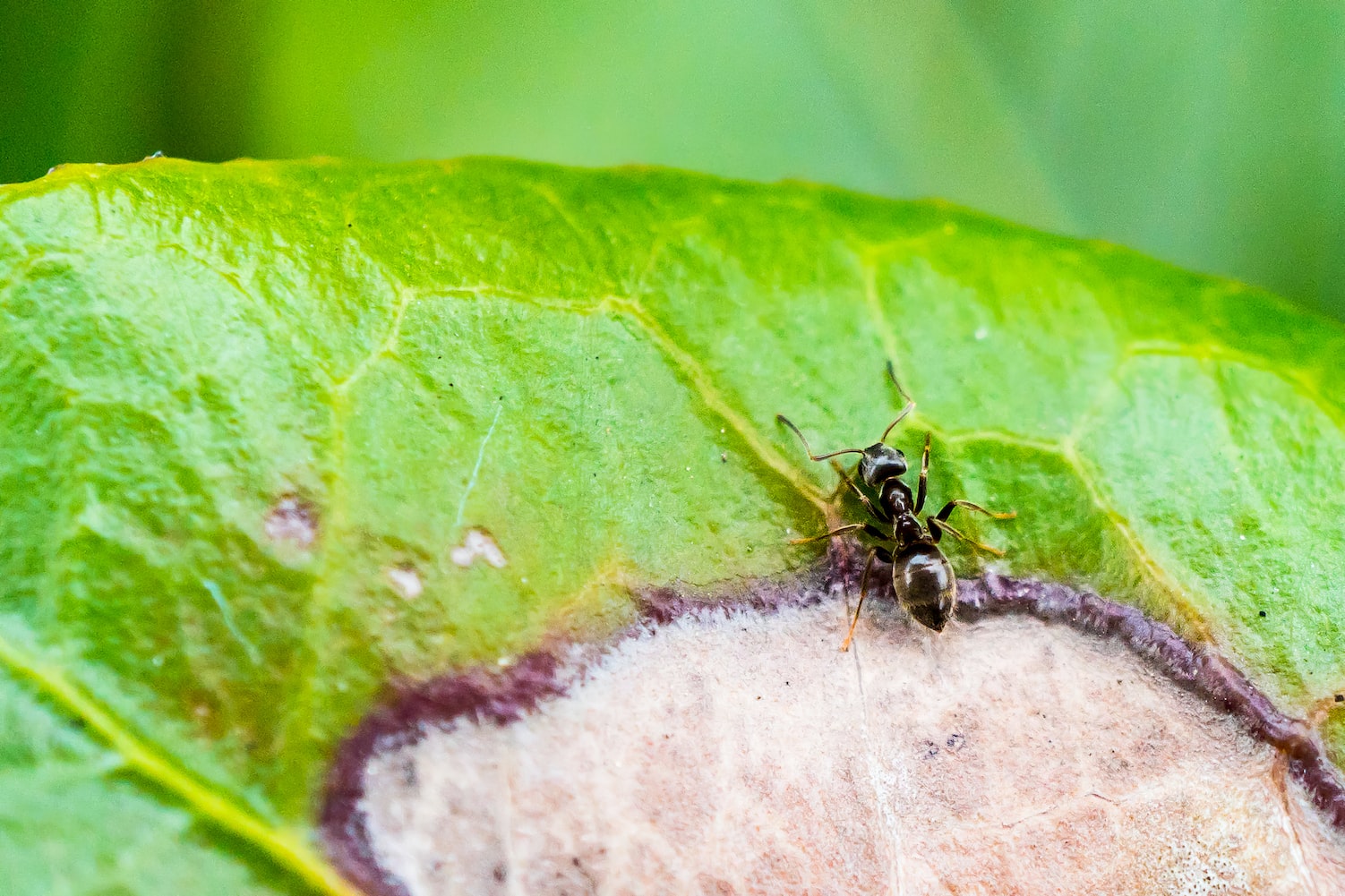 For it to be a problem, you will need to crush thousands of ants and put them near your nose. If you're exterminating ants or using insecticides and traps to kill them, this shouldn't be a concern.

However, when an ant dies, the colony will know. An experiment conducted by entomologists on Argentine ants provided new evidence showing the process behind necrophoresis. Necrophoresis is a behavior exhibited by social insects (such as ants, bees, wasps, and termites) where the bodies of dead nest mates are carried from the nest or hive as a sanitary measure. This action prevents the spread of infection or disease among other colony members.

The study revealed that an ant's “life chemicals” degrade or dissipate upon its death, and only “death chemicals” remain. These findings were detailed in the early edition of the Proceedings of the National Academy of Sciences in 2009.

The fascinating discoveries which are related to finding out why do ants smell can serve a bigger purpose. By gaining a deeper understanding of the exact mechanism involved in ant necrophoresis, researchers will be able to develop pest management strategies that are more environment-friendly. This means smaller amounts of insecticide can be manufactured. A closer look at the reasons behind why do ants smell will most likely give us definite answers in a few years.

While research and studies are still being conducted, you're probably tempted to crush one of those ants in your kitchen, just to find out what it smells like. Our only advice:  be prepared for the stench!