What is a vole vs mole? Why does it matter? You should care about the differences between these pesky critters because the ways to manage these invaders are quite different. The type of damage to your yard that a vole vs mole causes is also different, despite the similarity of their names.

What Is a Vole vs Mole?

Both voles and moles are mammals. A vole is an herbivore and a rodent, while a mole is an insectivore. A vole is an animal that lives in groups. You may hear it referred to as a meadow mouse, though this is not its scientific name. A mole is a solitary animal except during its mating season. Neither a vole nor a mole hibernates in the winter, so you must deal with their antics all year long!

A vole has tiny mouse-like feet. Moles have large feet with flattened claws for digging. Voles have reddish or brownish fur with a gray underside. Moles are described as black, brown, or bluish in color. Both have fur covering their bodies.

Why Do I Care if I Have a Vole vs Mole?

The main reason to care is that you need different strategies to rid yourself of these pests. Voles feed primarily on vegetation, while moles are meat eaters. Moles prefer insects, worms, and larvae as their food sources. One way to remember the distinction between voles and moles is that "V" is for vegetarians and voles. "M" is for meat and moles.

10 Distinctions Between a Vole vs Mole

Here we will discuss 10 distinctions between a vole vs mole.

Voles have small ears that sit on top of their heads. Voles have rounded ears. Many people say that a vole looks like a mouse.

Moles have ears, but they are not easily visible. They are covered by a thick fur on their heads. Moles spend a lot of time underground, so it makes sense that their ears are protected from the soil that they are constantly digging.

Voles have a rounded nose and snout area. Again, think of what a mouse looks like. Moles have a pointed snout. They use their nose to sniff out food sources.

Voles have small, black eyes. Their eyes appear bright. Moles have very small eyes that are not visible. Their eyes are covered with fur. Moles do not see well and rely on their smell to navigate their world. 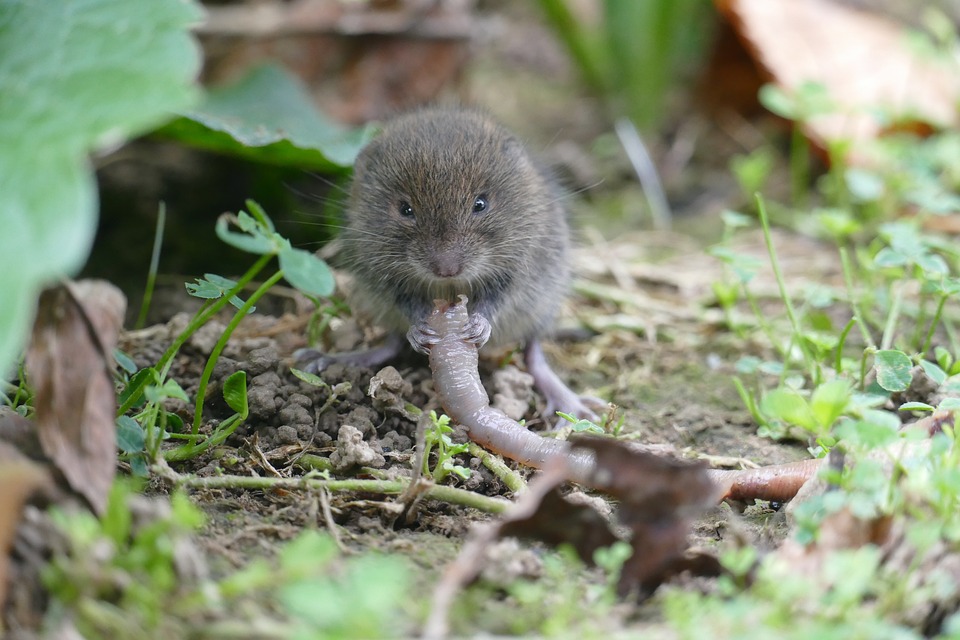 Voles are herbivores. This means that they eat plants. They prefer the bulbs and roots of vegetation. They also snack on bark and seeds. This includes fruiting trees such as the apple, avocado, cherry, and citrus. They have been also been known to nibble on potatoes, sweet potatoes, turnips, beets, and onions. Voles also eat grasses and use them for their nest-building activities. You can see why many homeowners would be disappointed that a vole is taking up residence in their home. Their lovely flowers and plants could be severely damaged by these critters.

Moles are insectivores. They eat grubs, which are beetle larvae. They also eat full-grown insects such as beetles. Earthworms are another staple in the diet of the mole.

The Damage They Do Looks Different

Voles can cause damage all year long. If you live in an area that gets snow, when the snow melts, you may see tracks or pathways in your yard. This is a telltale sign of a vole.

Moles dig two types of tunnels. They dig more shallow tunnels closer to the surface and other deeper tunnels which may be up to 16 inches underground. Moles use the more shallow tunnels as they feed on grubs, earthworms, and other insects. A sign that you have moles is the loose dirt in raised piles. These piles may seem to appear overnight on your yard. Some people describe the way these piles look as little volcanoes. Moles use the deeper tunnels for nesting and shelter when the weather turns colder.

Voles Live in Groups While Moles Like Their Own Space 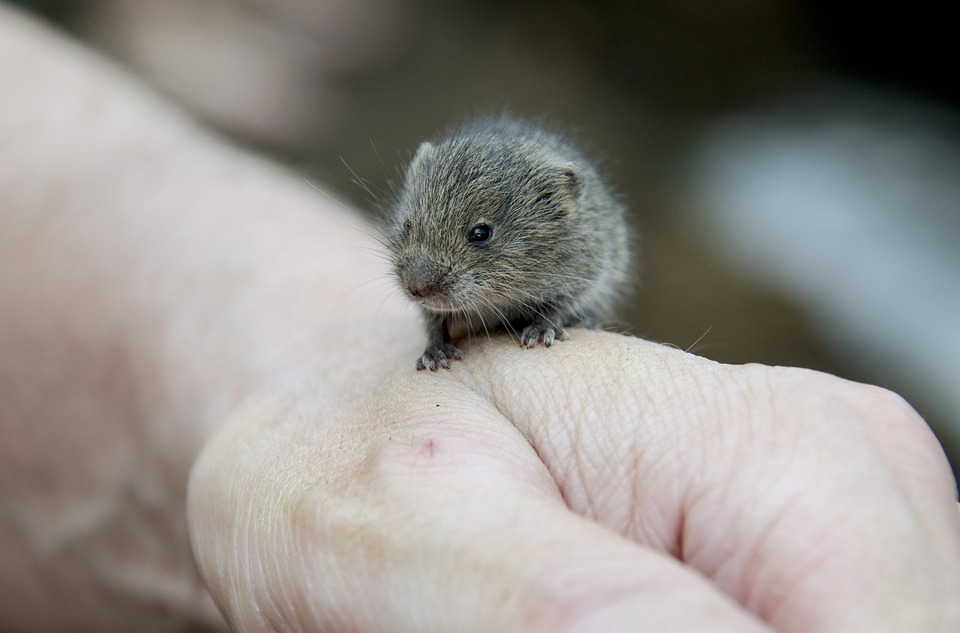 Voles live in groups. They enjoy sharing their living space with other voles. This may include other adults and baby voles. Voles use grasses to line their nests.

Moles are solitary creatures. They prefer to live alone. They only share their living space when it is time for mating or when they have offspring. They use leaves to line their nests.

Other moles or underground creatures may take over a mole tunnel if it is not in use. Generally though, these creatures want to have their own space. They may stay in one place for a short time and then begin again by digging different tunnels in another location. It is not uncommon for other moles take over and inhabit abandoned tunnels.

Living Above vs Below the Surface

Voles do make an appearance above the surface. It is not unusual to see them running about in your yard. They also prefer the presence of low-lying vegetation.

Moles prefer to spend most of their time underground. They spend a lot of time digging and looking for food. Moles have fast metabolisms and must consume vast quantities of food. They can consume their body weight in grubs, insects, and earthworms in a single day, so there's not a lot of time for roaming above the surface.

They Have Different Breeding Habits 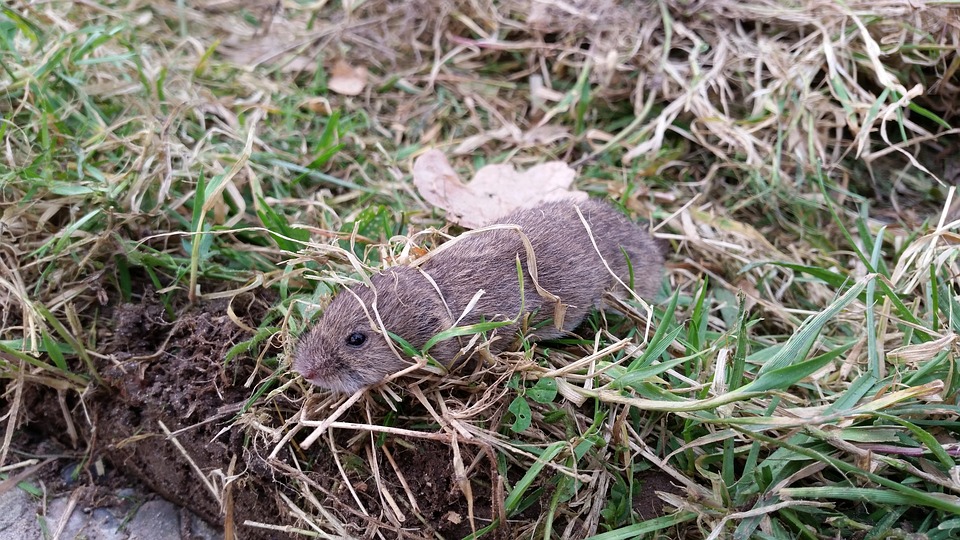 Voles can breed at any time throughout the year. It is not uncommon for some voles to reproduce four to five times, or even up to ten times, in one year. Each litter can produce 5 to 10 offspring. Just a few voles can easily produce offspring that number over one hundred pups in a year's time. Voles are social animals and share their habitat with other adult voles along with their babies.

Moles breed in the early spring and sometimes in late winter. Offspring may number from four to seven each year. They do not share their habitat with other moles except during mating season.

They Live in Different Regions

Voles live throughout North America. They are a diverse species. Voles can easily survive in many different habitats. These include woodlands, marshes, mountains, and grassy areas such as yards.

Moles also live in North America. They reside primarily in the eastern and northwestern portions of the United States. The Eastern mole is a common species in eastern regions of the United States. It may be referred to as the common or gray mole. Other moles species include the Star Nosed and the Townsend's mole. Moles prefer moist environments such as moist grassy lawns that are good breeding grounds for the food that they enjoy.

They Are Managed In Different Ways 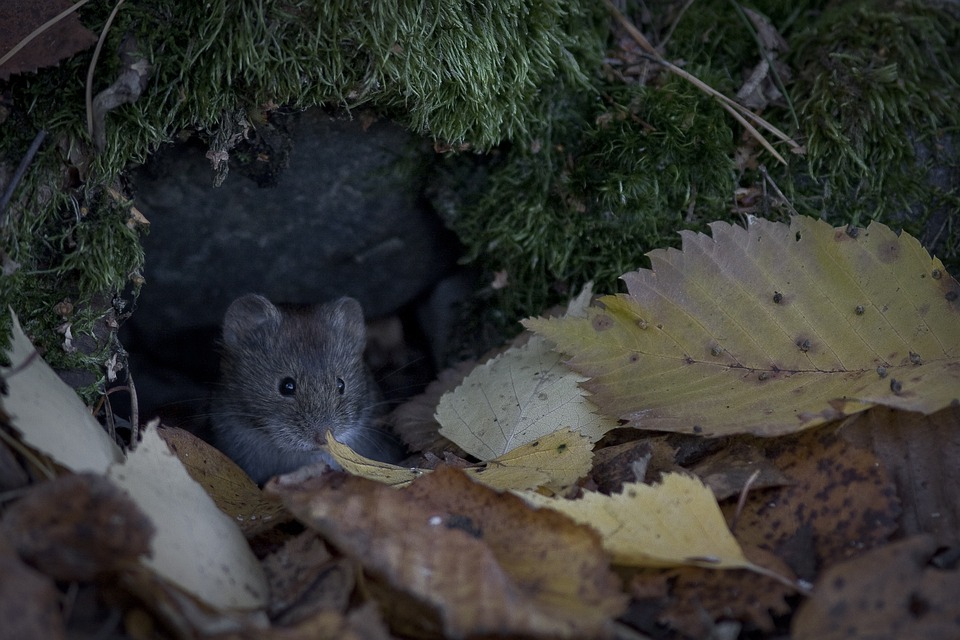 If you have a vole vs mole, you will try to get rid of them in different ways.

Voles can be managed by using a barrier between the vole and the garden area. Some common products use a flexible mesh to wrap around the root ball of plants such as shrubs and trees. There are also meshes that can be applied to the outside of trees to protect the bark.

Another way to manage voles is to eliminate low plants that provide ground cover for them. This is a great place for voles to hide! Keep your flower beds weeded, which will also eliminate hiding places. Another way to eliminate voles is to clear leaves and other plant litter from your yard, which may attract these critters by giving them a place to hide. The more open spaces, the fewer voles will be present in your yard.

Dig a Trench to Get Voles to Move On

Many people help control voles by digging a trench. This is especially useful around in an area such as a garden. Many experts recommend a depth of 12 to 18 inches as a good way to deter voles from your property. Voles will turn around when encountering this large trench barrier.

Cultivate Your Garden to Eliminate Voles

You may have voles in your garden. If so, cultivating the soil is one way to deal with them. The movement of the soil breaks up the burrows that the voles use.

Maintain your yard. Although moles mostly spend their time underground, they can hide in both brush and long grass. Keep your yard mowed down so that moles won't be tempted to move in.

Cut Into the Food Supply to Curb Moles

Moles eat the larvae of beetles (also known as grubs) mature insects, and earthworms. One way to manage moles is to make your yard unattractive for the creatures that the moles eat. For example, remove the moss and plants that are a food source for earthworms. If you do have grubs or beetles in your yard, take steps to eliminate them.

There are many ways to eliminate grubs, including natural methods such as using nematodes or bacterium. Do your research because different types of grubs require different methods to eliminate them. You can also choose to use a pesticide. Both natural and synthetic options for pesticides are available. Be sure to follow the manufacturer's recommendations and take safety precautions.

Although we have discussed the many differences between a vole vs mole, there are a few similarities, too. One is the fact that neither of these mammals hibernate. That means that you must be diligent in how you prevent voles and moles from taking over your yard.

Using natural predators of voles and moles to control the population is common. This could be as simple as allowing a domestic cat to hunt in your yard. Another method may include encouraging birds of prey to inhabit your yard by using a perch and growing trees in your yard. A final option for eliminating pests such as both voles and moles is to contact a professional pest control expert. Professionals can help you manage voles and moles using their knowledge and experience. Make sure to vet them by checking credentials and insurance coverage.

Although voles and moles are very different, they have one main thing in common. They can do a lot of damage to your yard. Be on your guard and take the precautions listed here to help ensure that they do not become a problem for you.

Terro Ant Bait Review: Finding the Ants for You

Shoo-Fly! 8 Methods for How to Get Rid of Horse Flies